El Hal [Trances]. Nass el Ghiwane
Ahmed El Maanouni. Morocco, 1981, 90 min
El Hal presents concerts, talks and urban movements with the music group Nass El Ghiwane. In Morocco in the seventies, thanks to five buskers, there was an explosion of music that would become the expression of the desires, frustrations and rebellious spirit of the youth of the time. In Trances, Ahmed El Maanouni follows the geographical and cultural path of a group whose music is inspired by the last thousand years of Moroccan and African history. The film reveals the importance of this legacy. Through these songs they address social issues: from tea to speculation, from fire to suffering, from water to the hardness of the heart. 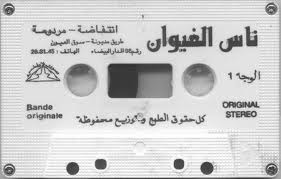 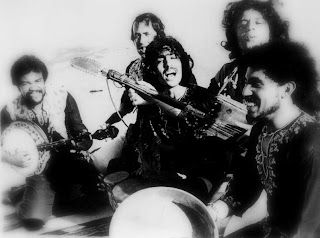 El Batalett – Femmes de la Medina
Dalila Ennadre. Morocco/France, 2002, 60 min
In El Batalett, ‘the heroines’ of everyday life speak: the women of the medina in Casablanca. Within the walls of their homes in the old town, a community of Moroccan women cook, clean, take care of their families and help each other. These brave women, proud of their role, speak lucidly about their lives and know exactly what it would take to improve their lot: equal rights between men and women, and a better future for their children.

The Dubai in Me – Rendering the World
Christian von Borries, Dubai/Germany, 2010, 78 min
What are the working conditions in Dubai? Workers without rights, without passports, without a place to go when fired, meet in the old quarters. One tries to be sent home by drinking alcohol in public. Others believe that prison is the only place in Dubai where they are treated with dignity. The epilogue, shot in the greenhouses of Almeria and Melilla, highlights the similarities between places in the same global economic model. In this regard, Dubai is in all of us. 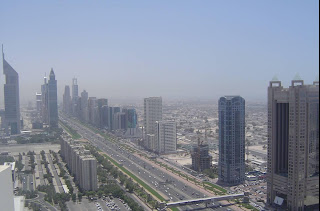 
The starting point is a city wounded by war: not only by the armed conflict, but by other parallel wars that may have come before. It is a journey through the scars of the city, its architecture and the people who inhabit it, but also through the scars of the body politic, memory and the drive to forget, the broken imaginary, dreams and narcotic desires.
http://www.al-barzaj.org/2011/06/broken-filmseng.html
http://www.lowave.com/fr/artistes/482-wael-noureddine-fr
http://www.ru-a.org/2011/04/beirut-presente-continuo.html


‘Now listen to us. We are besieged, and the smell of explosions is in the air. Explosions, and the world watching… What matters is that we still have some water, food, dignity and love. We are here, where are you?’

A short video in the form of a postcard recorded on 21 July 2006 during the bombing of Beirut, denouncing the fact that it was seen as a media spectacle and failed to provoke any reaction from the international community. It grew out of a collaboration between Samidoun and Beirut DC (consisting of a group of filmmakers and people linked to art) to express the impact of violence.
http://www.beirutdc.org/beirutdc/films/default.aspx?fli_id=104&fci_id=34

The space is small and friendly, in an autonomous area of Poble Sec.

The idea is to talk quietly about the topics that interest us, to raise questions and discuss… and to counter… microENcounters are small counterpoints to explore.


After training in contemporary art, photography and arts administration, he is currently assistant director at the Fundación Suñol, Barcelona.

His interest in artistic creation in the Mediterranean followed a stay in Tunisia in 2004, where he helped organise the Journées Cinématographiques de Carthage. It was here he created, together with other artists, the association JISER Reflexions Mediterrànies, which from 2005 has promoted artistic projects, the main objectives being the mobility of young artists, encouraging creativity, the interchange of artistic proposals and initiatives, and their dissemination throughout the Euro-Mediterranean. Examples of these artistic encounters include Perceptions de la Ville (Perceptions of the City) and the ongoing project Residencias de creación BCN-TNS launched in 2010.

This close bond with Tunisia has allowed Xavier de Luca to conduct a thorough analysis of the evolution of cultural policies in this country in recent years, through various publications and participation in various panel discussions, focusing on the role played by certain movements and local social and cultural initiatives in the process of political change the country is undergoing. 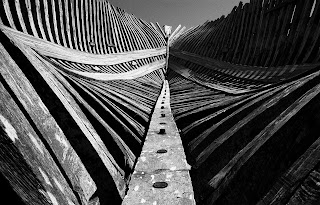 
He has taught in his home country for over fifteen years and moved to Barcelona after living in Germany, France, Italy and elsewhere. He directed the documentary series Bitim Réew (Outside the Country) on the migration experience of Senegalese in France and Spain. His next project is a documentary about Sheikh Ahmadou Bamba, Senegal’s mystical religious leader, founder of the Muridin brotherhood in 1883 and writer of numerous plays, poems and treatises on meditation, rituals, work and the study of the Qur’an. Politically he initiated a radical pacifist struggle against the French colonial presence.

Mahu is also dedicated to teaching Wolof, the majority language of his country, and has been active in the mediation and social support of young African immigrants. He is the author of three books that are integral to the teaching of bilingual Wolof-Catalan and Wolof-Spanish. 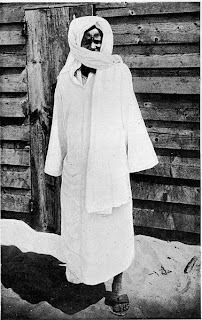 
Between 1996 and 2001, while a student of Hispanic philology, he was part of the theatrical and artistic multidisciplinary group Poushkin, which coming from the theatre, especially the Russian theatre, went on to experiment with other formats such as video, music and visual arts. Since 2003, after finishing a postgraduate degree in translation and interpretation at the King Fahd School in Tangier, he worked at the Instituto Cervantes in Casablanca as a communications and cultural consultant. In 2006, he came to Barcelona with a grant from the Generalitat de Catalunya to study for a postgraduate degree in arts administration at the Universitat de Barcelona, combining these studies with research in translation and especially the study of hermeneutics. He is currently pursuing a doctorate in translation and intercultural studies at the Universitat Autònoma de Barcelona.

He is the founder of Opentaqafa, a platform and research laboratory into free culture in Morocco, which aims to promote initiatives and micro-projects with DNA Open Source. Since 2011, he has been a member of Arco Atlántico and loLABS, a laboratory network experimenting with new and old technologies, with centres in Bellvitge, Granada and Casablanca. 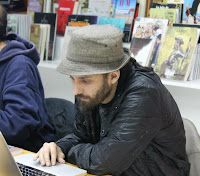